Listen To Your Heart, You Will Understand

Hijrah of The Heart

I really want to change. In life, love and faith. I do. No buts. I wish to become close to my maker and by that, I'm ready to make a change. I wouldn't say that it's a risk, because changing for the better is always a life guarantee reward. I'm no good girl myself. In fact, I've done many things against my religion. Expressively and secretively. But when I thought of the punishments i could get from hereafter, i trembled and cried, for how I've sinned so bad.

I'm lucky, that little by little, my friends and family exposed to me the world of the Hijrah-ians.. I wish to be guided. I wish to follow. I wish to be sincere about life. I want my future life, family and everything I do to be a blessing. To have peace and serenity.

As told by my friend, the more sincere we are to change, the more tests we are to be put. Not to make us give up on it, but to strengthen the soul, the heart. For Allah will never burden His followers, knowing he can't make it. If I am tested in such ways, I should be honored that Allah believed that I am able to handle the situation. I should be strong about it, not fret and cry.

I want to change. To be better. In syaa Allah...
doodled by Puteri Nurul tictoking 1:03 AM 1 comment:

Email ThisBlogThis!Share to TwitterShare to FacebookShare to Pinterest
about Islam, Life, love

Because of my tight schedule for work and personal playtime, I neglected my rebound love many times.. Im so sorry love...

My dad took pity of our situation, he gave my bunny to my aunt, thus making her, his new owner. I had to agree. Sunny isn't compatible with a grassless condo life with me. He deserve the sun, grass and a family attention, all which my aunt and her family can provide.

He is now happier his new family, which is the best for him. I miss him though. I heard he got new BFFs, a bunch of cats my aunt took care of. He even got a new name, Totoro (my cousin named him that.)

I know you're just a bunny and will never understand this, but you've been a special emotional aid to me all this while.. You heard my woes, saw my tears and laughter, my affections and everything. I'll miss those moments when we would sit together, side by side, on the darkest nights. You would some times run around and nibble me everywhere. I would snuggle you and you would just sit there, snuffling.. And when you're excited, you would run around so fast, then lay under a tree shade when you're tired. That's the cutest! You would get mad after I smothered my face on you until you got uncomfortable. You would just thump you feet so loud! Haha! Annoyed much? These scars you gave me, will always make me remember you by~

There's so much more... But the best is when you would kiss me all over my hands and chin when you missed me... You are such a puppy sometimes..

I miss you Sunny (now Totoro)

You are truly the sunniest part of my life. Thank you for everything. Will visit you soon ok? 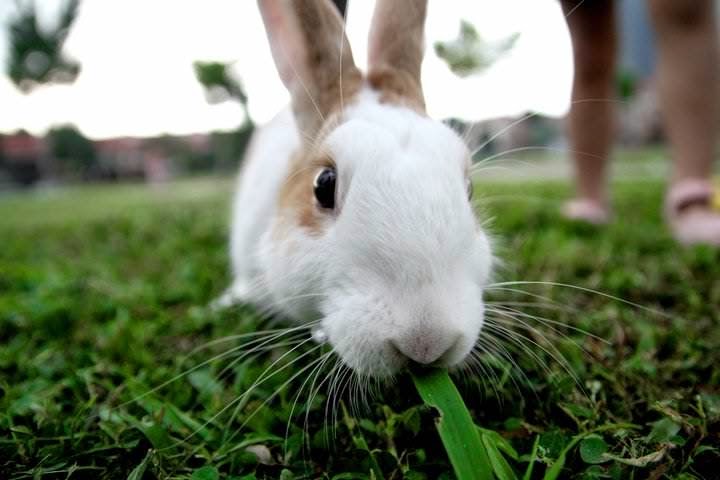 doodled by Puteri Nurul tictoking 5:16 AM No comments:

Honestly, all my life i tried to be trendy, chic and sophisticated.. and without fail... i failed.. Just to make it less butt hurt, i tell the world (and apparently myself as well) that I prefer to be comfortable with whatever I have to wear, when the truth is, I just can't put my finger on where to mix and where to fix..

Every time I see somebody elegant or chic or hipster-ish, i tend to think, "wow, she's looks so cool. I should wear like her." And at the point when I tried, its either uncomfortable or made me looks pretentious (or simply said, stupid.) So basically, it's always back to jeans and tee, with a stupid ponytail behind my back.

Some days, I would Google/Tumblr/Pinterest/Youtube some fashion blogs or vids and tried to mix and match of what i have, and sometimes, my sister's. And some days, I would go begging for some tips (or rather, having her to pick) of what I should wear to what occasions. With that, she could make me look stunningly amazing, but at times, she could go overboard, of which, I appreciate her handy works though. But to and fro, looks could never be top priority on my 'things to be on my top priority list'. I would always (and ALWAYS) have my comfy, lazy dress up days, which maintained to be, everyday. Until the day comes, of when some one ought to be looking gorgeous or some one complained of my dressing. Also especially after i randomly encountered some serious fashion beauties online (especially Tumblr. Curse you tumblr girls.)

I tried. Seriously, I did.. But I always ended up looking lame and I'll feel disgusted with myself, and always having wardrobe malfunction. I guess, that's why they call it a WARdrobe (literal warzone for women.) *punintended*.

Just today, my fiance advised me to buy some clothes to match my recently bought turquoise wristlet, and I told him, its the 'TREND' to hold one item different than others of my outfit. He kind chuckled when I said the word TREND. It made me more embarrassed when he said its weird when I'm the one mentioning it. Thus, making me realized how lame I looked all this while. But also made me realized, all this time, he loves me even when I looked the lamest. Oh well...

But believe me! I will (try) to look as mature possible! Not the old women type, but at least par to my age (group). People mistakenly took me at the wrong age (group) probably because of how I represent myself. Ma'am, I'm way older than 17 or 18 or 22, ma'am.... Not sure if its a compliment, but that weird (almost to disgust) disbelieve look on your face, offends me abit. Clothing probably plays a big role of how you present yourself. I really need to buff up.

Throw away, huge sweat shirts and baggy jeans.. Throw away lame graphic tees and makcik dresses. Mainly the sweaters lah... I know my fiance hates my previous Diploma sweats... lol... Time for blouses, cardis and arbayas... need to spice up some sense of style.. like always... sigh.. wish me luck... >.>

p.s.s: made me reminisce my Diploma days... T-shirts, overwashed sweaters, 1 tone jeans.. 'selipar jepun'.. no wonder my friends are kinda (kinda) relieved that I changed, abit... ;p
doodled by Puteri Nurul tictoking 4:14 AM No comments: 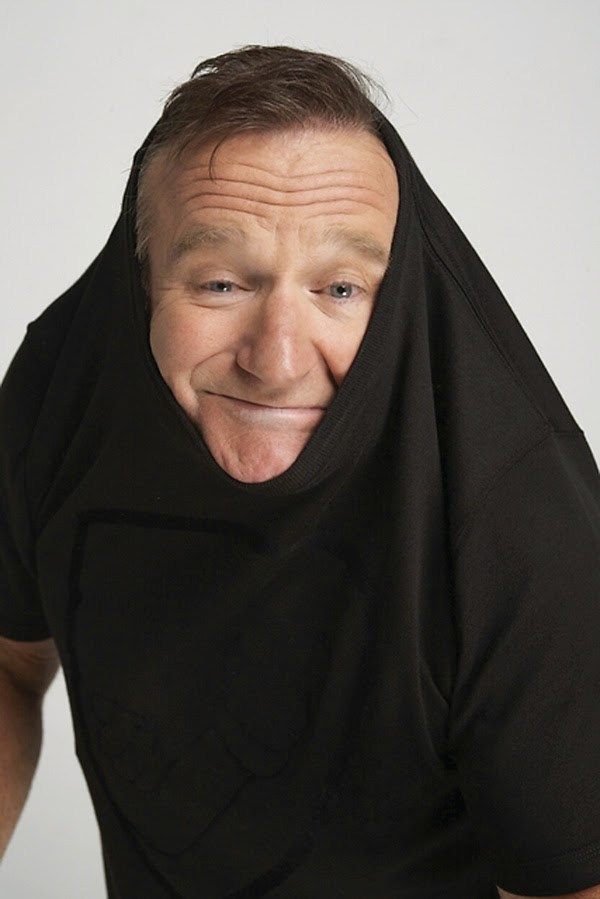 Robin Williams, an actor, comedian and a father figure to me on the big screen.. Im his movies, he's always giving the inspiring words, phrase, smiles and jokes.. seldom the empty ones.. He's brilliant..

This morning, I was shocked about the news of his passing.. Growing up to his movies, the news really took effect on me. I would miss him very much through his movies..

His smiles are sincere, clear enough to seal this depression in life. I didn't expect him to commit suicide, but then again, I don't know him too well in life anyways.. What I'm trying to say is, he's amazing and I will miss him so, as he will never again appear in the screen for me, for us all.. my condolences to his family and those who loved him..
doodled by Puteri Nurul tictoking 2:04 AM No comments:

I don't do random, I shuffle.

Puteri Nurul
I'm that extraordinary simple woman at the back who yelled, I believe!!

There's nothing more pleasant in a day's time, than to receive an honest smile from a stranger.